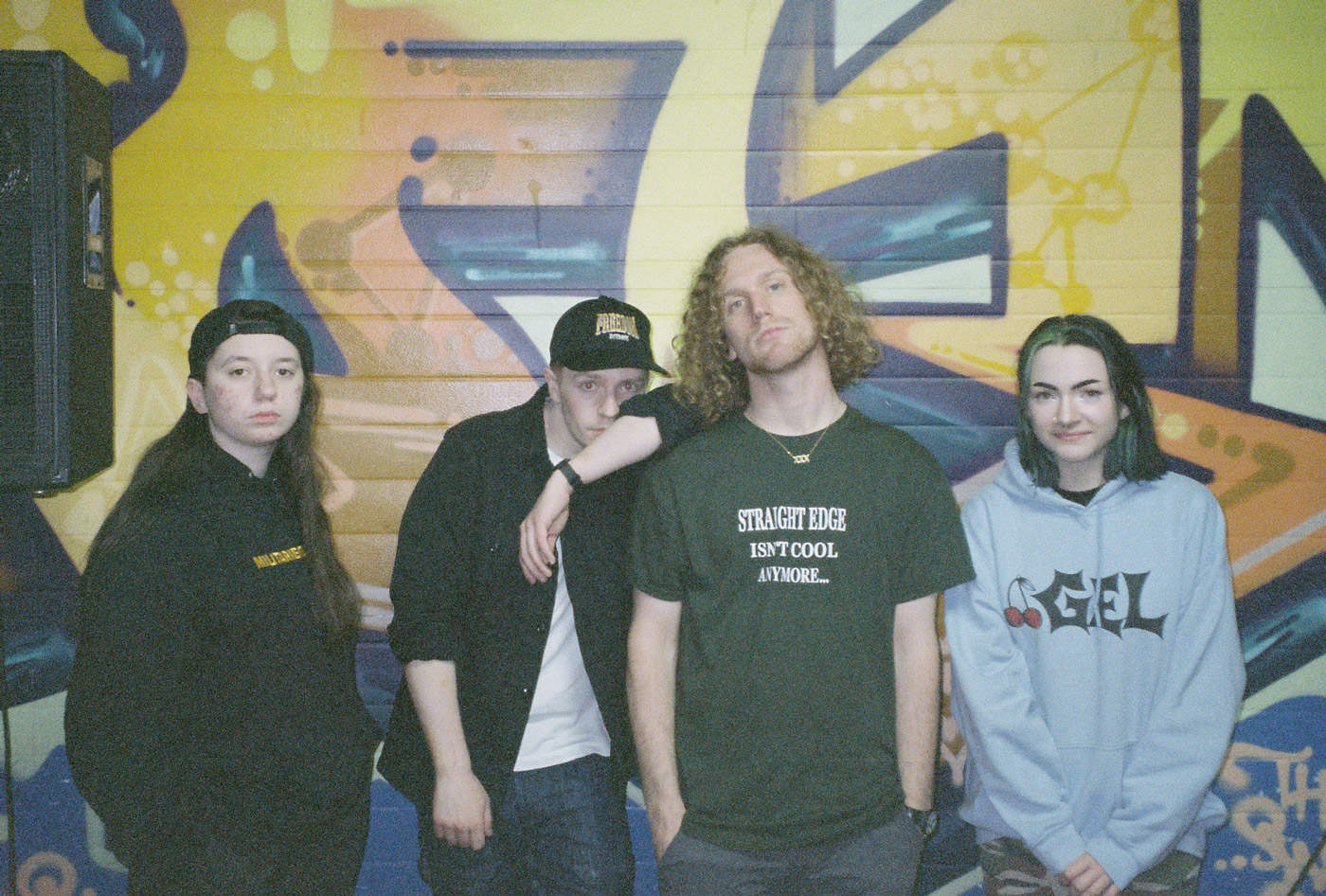 We are pleased to welcome northeast straight edge band, Anklebiter to Sunday Drive Records. Referencing early-mid '00s hardcore from their region—particularly the sound of Lockin' Out bands like Mental and Righteous Jams, mixed with the modern sounds from Result of Choice and Krimewatch, Anklebiter plays classic loud & fast hardcore.

On their first demo, producer Will Hirst captures Anklebiter's raw and furious energy on every track. While the sound is fast and upfront, the band knows when to pull back to make a balanced, dynamic, and exciting sound. Rachael Braverman's rhythmic, shouting vocals perfectly pair with the band's aggressive, driving sound performed by members Nick Birtles (Pummel), Evan Stein (Broken Vow), and L St. Germain.

You can listen to the demo everywhere and pre-order cassette tapes + shirts now. 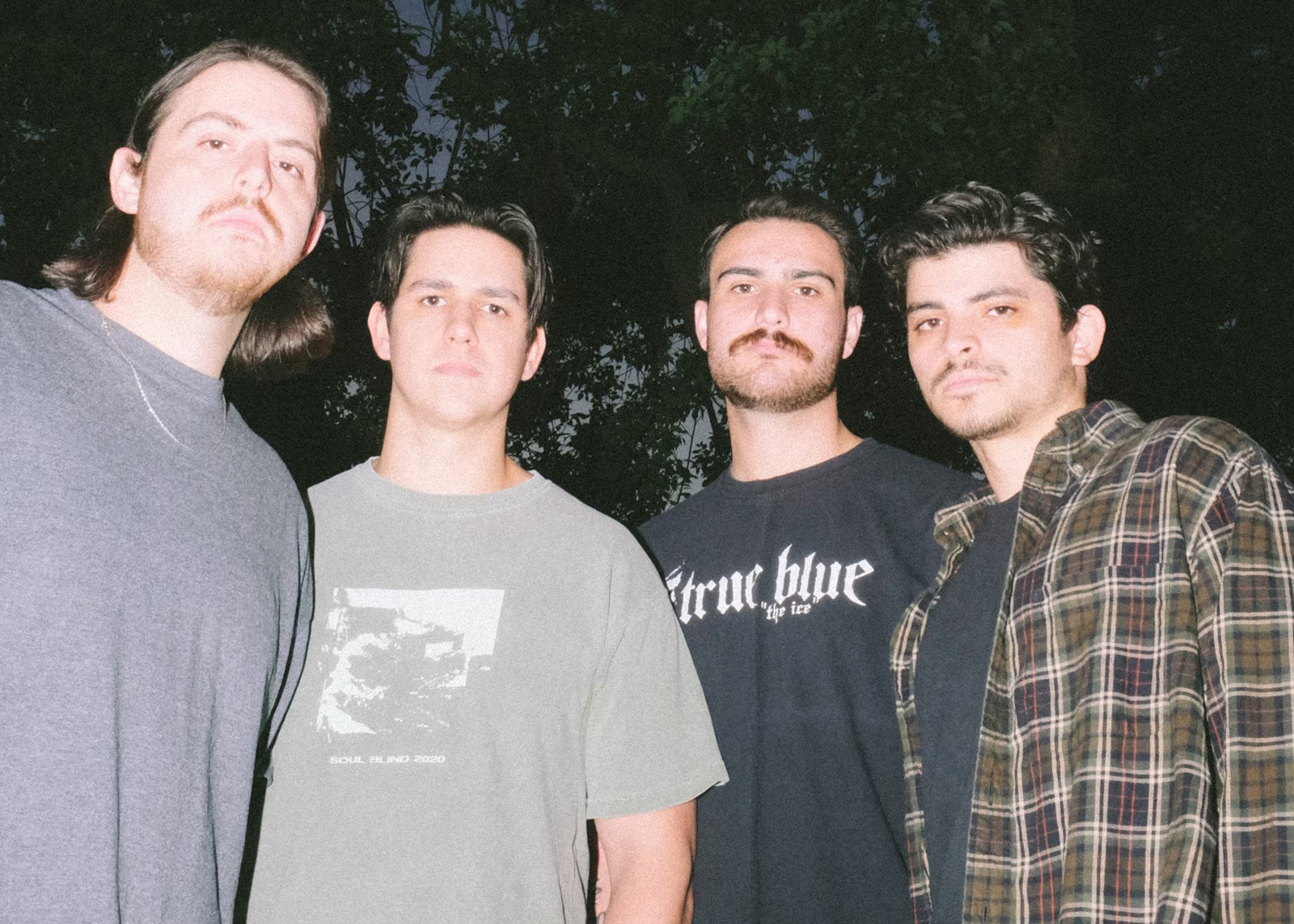 We are pleased to welcome Jacksonville, Florida alternative-rock/shoegaze band, Leaving Time to Sunday Drive Records. Formed in 2020 while members Joel Cedeno, Nick Dilts, Jarod Whalen, and Reed Cothren previously & simultaneously played in bands True Form, Method of Doubt, and more—Leaving Time sonically stands out from the aforementioned. Taking inspiration from the notable '90s alternative-rock and shoegaze sound, Leaving Time adds much of their own to the sound. Subtle nuances like the whirling guitar leads and hardcore-inspired drums give each song a driving punch, taking the singular "shoegaze" descriptor out of the picture. On EP II, the band again connected with Gainesville producer, John Howard to write some of their best songs to date. Pushing the sound heard on their S/T, EP II finds the band coming to form.

The new EP, “II” is out June 3, 2022. Today, you can listen to the single, ‘Slip’, and pre-order new merch. The band is also headed out on tour this spring with label-mates, All Under Heaven starting tomorrow, May 21. They'll be joined by Fake Eyes & Private Mind on select dates listed below. 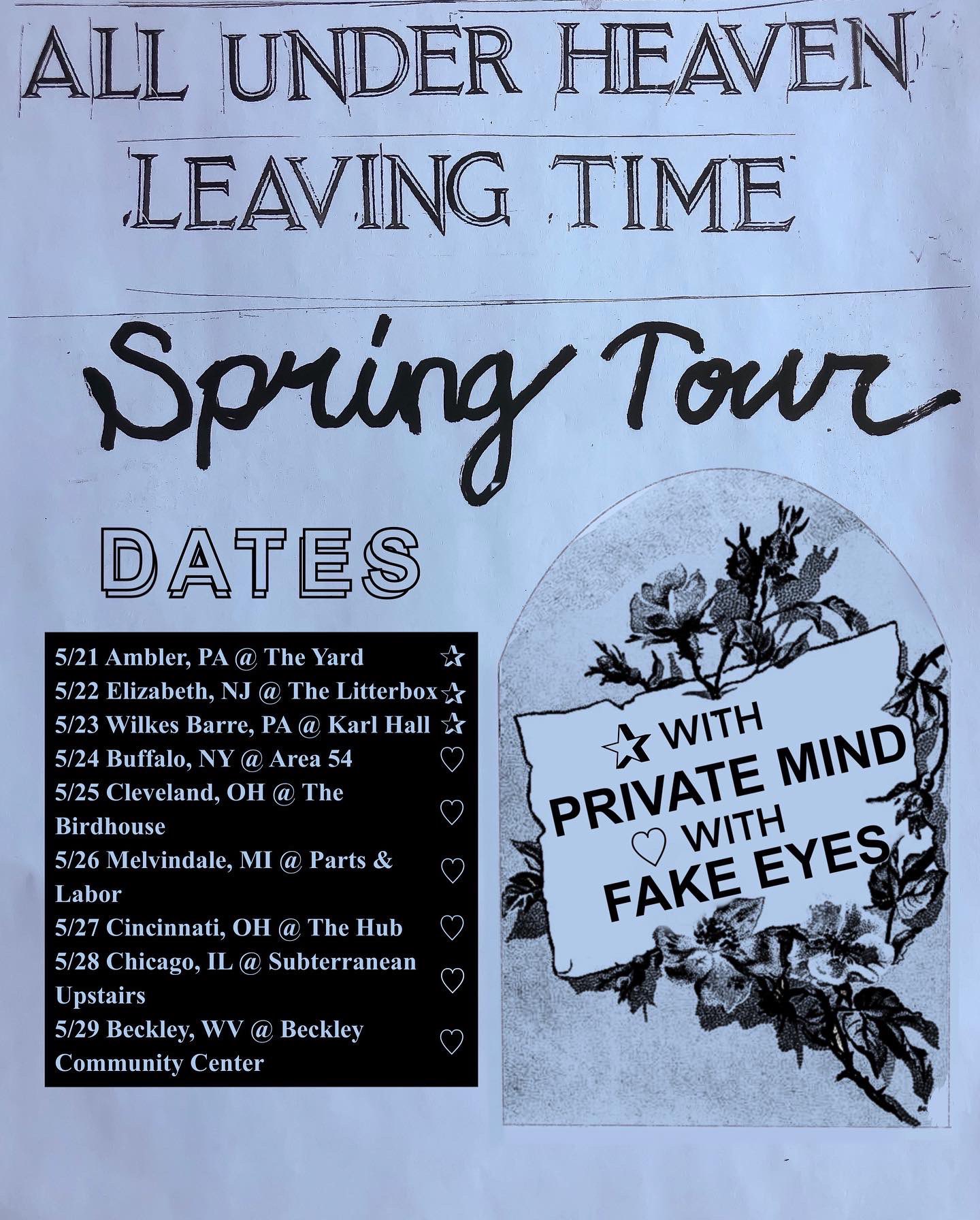 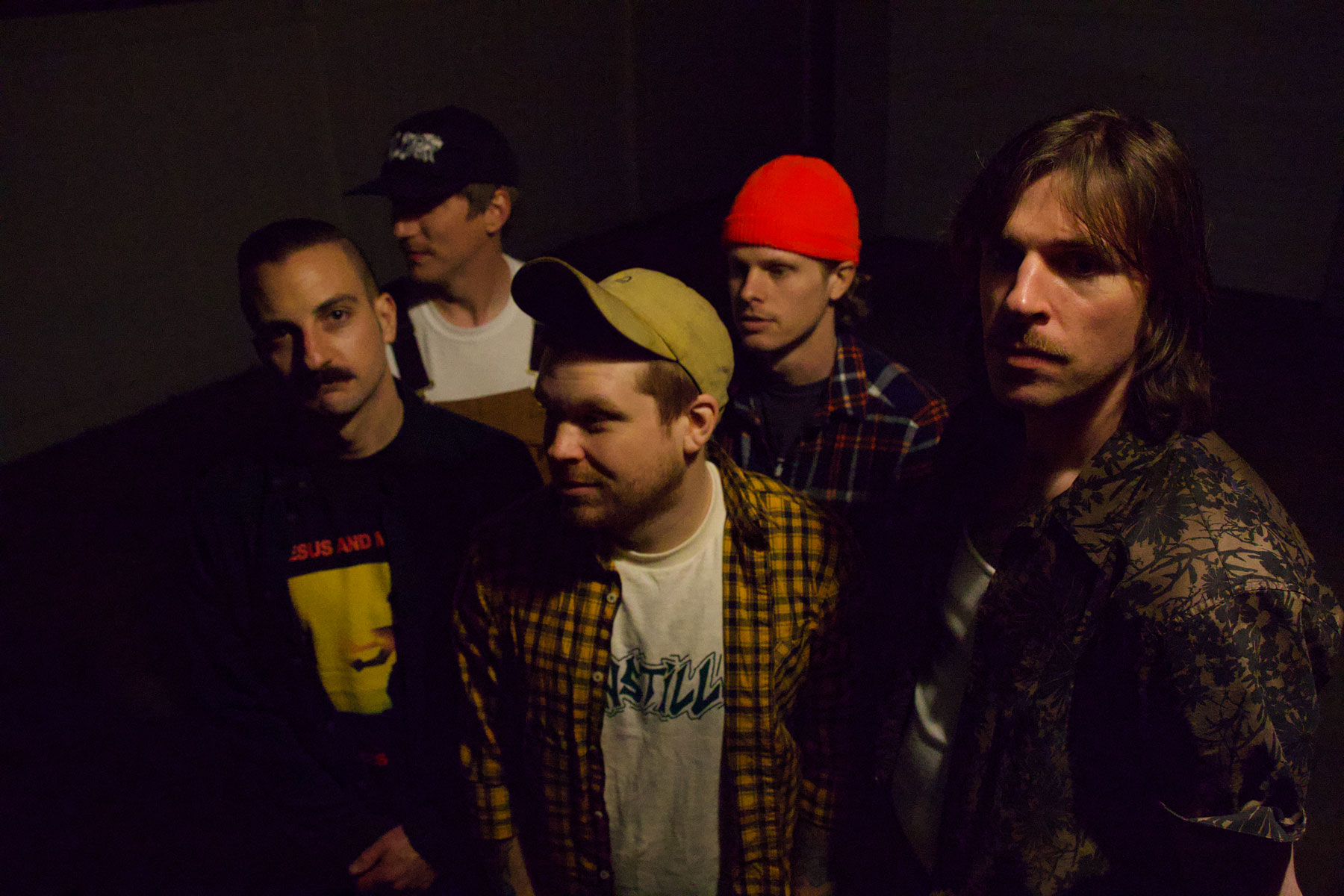 We are pleased to welcome St. Louis, MO hardcore-punk band, Sqiunt to Sunday Drive Records. Squint started in fall of 2021, featuring various members from Missouri bands Time and Pressure, New Lives, Soul Craft and Choir Vandals. The band has a nice palette of sounds ranging from hardcore to alternative/indie rock. Largely influenced by a shared liking of Rites of Spring and Turning Point, "Feel It" take the sound of melodic-leaning hardcore, but Squint is able to put their own spin on it with fuzzed-out guitars and big riffs—recalling tones heard from bands like Seaweed and Sugar.

Today, you can pre-order their new EP, "Feel It" on cassette tape along with a new shirt, and listen to the single, 'Mantra' below. 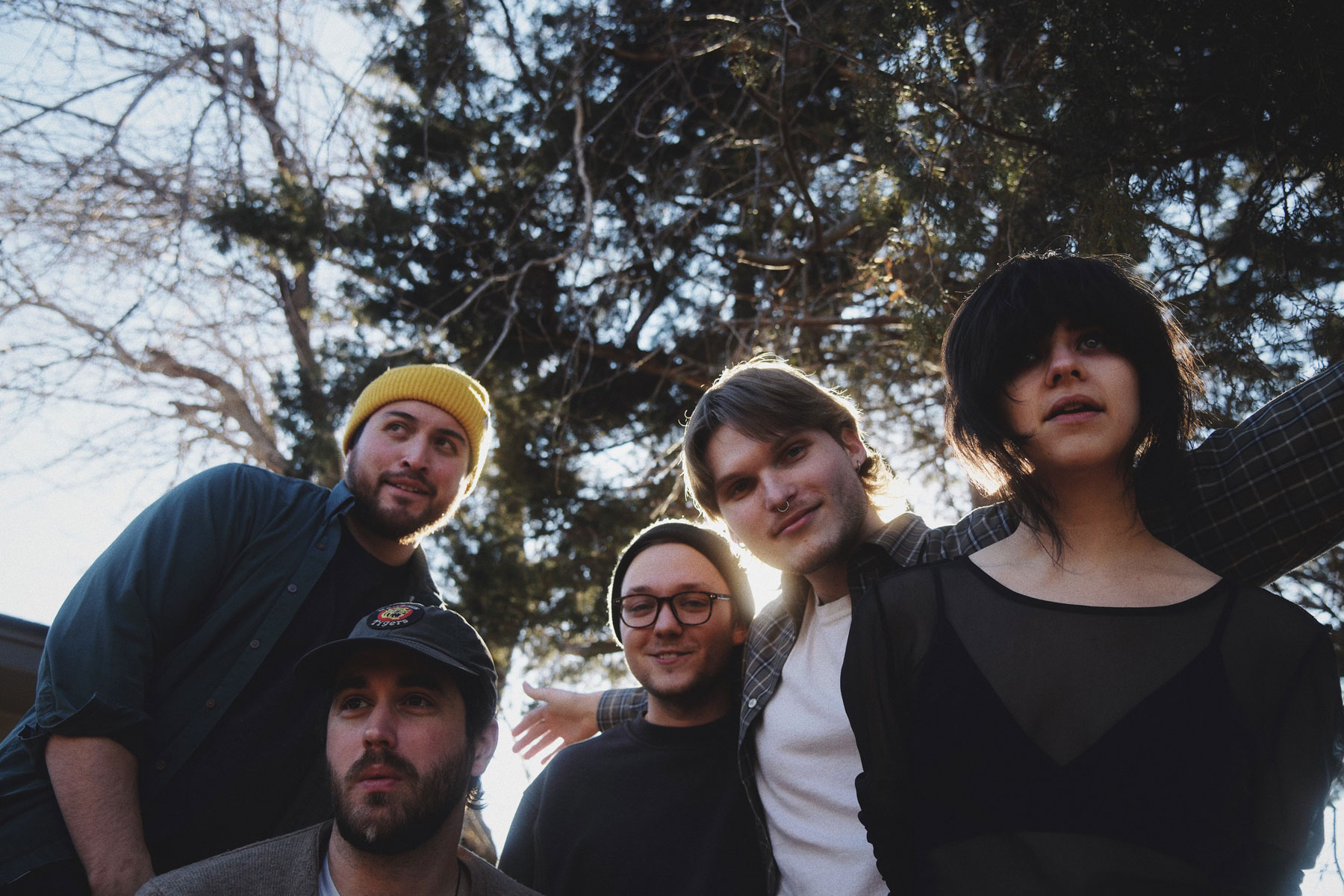 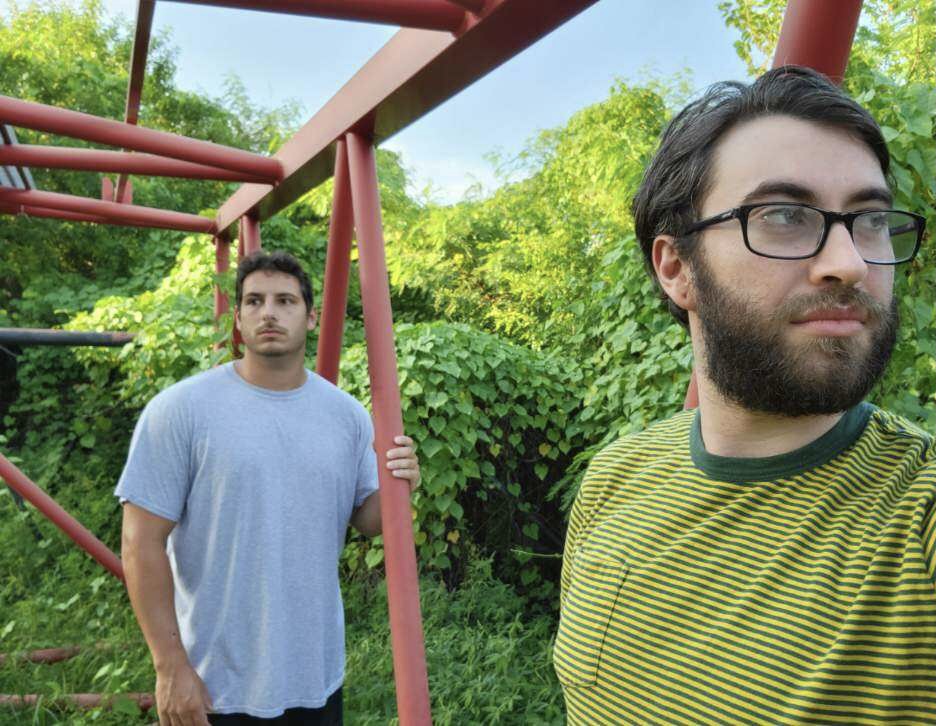